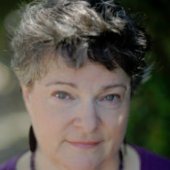 Elma Mayer is the founder of Now Healing. She has taught over 40,000 people from all walks of life to do effective, instant energy healing – including medical doctors, 6-year-old kids, left-brained skeptics and woo-woo wizards.

Elma had no intention of becoming a healer. She earned her MA Degree in Music Composition in 1982, doing avant-funk and art-pop music from Oakland to Brooklyn. But after years of chronic Lyme Disease and trying all kinds of treatments, she discovered a miraculously simple way to activate her own self-healing ability – with amazing results. She found herself tapping in to earth’s regenerating energy, which she called “The Thing That Heals” (for lack of a better term). In 1994, she began applying Rupert Sheldrake’s principle of Morphic Resonance to her healing.

The material on this site may not be reproduced, distributed, transmitted, cached or otherwise used, except with the prior written permission of an agent for Jimmy Mack LLC.