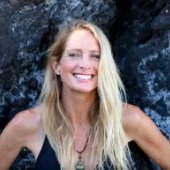 Jane, until recently, has been most well known as an American actress, writer, director, photographer, and producer. Her most notable roles include Heddy Newman on the Fox television series Herman’s Head, and as Ross Geller’s first ex-wife, the groundbreaking role of “Carol Willick,” who was one-half of the first TV lesbian wedding ever on the hit NBC sitcom Friends.

After a special activation in May 2015 from Abdy, another gifted conduit of Source energy, Jane suddenly found her hands “dancing” in ways that have begun helping others find peace, alignment, joy, unconditional love, and self-healing often easily within an ever-flowing tide of pure Source energy. Because that which happens when Jane’s hands automatically begin dancing defies simple explanation – it is not reiki or tapping or anything like anything she or others know — her friends simply coined the phrase “Jane’s Dancing Hands” to describe their motion as purest Source energy flows.

The material on this site may not be reproduced, distributed, transmitted, cached or otherwise used, except with the prior written permission of an agent for Jimmy Mack LLC.